Having Trouble Starting Your Car But Your Radio and Lights Work? Learn Why Here!

You are here: Home → Blog → My Car Won’t Start But The Radio and Lights Work (Potential Reasons & Solutions) 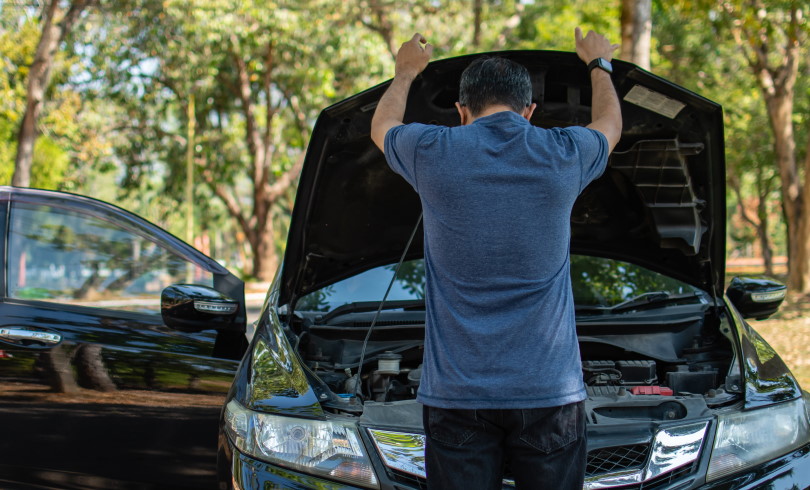 It’s bright and early and you hop in the car, ready to go. You turn the ignition expecting a roar—but low and behold, the car won’t start but radio works and your lights are still shining! Before you begin to panic, let’s explore some of the simple explanations that may allow us to get you back on the road in no time.

Here at Paul’s Auto Repairs, we understand all too well how stressful a breakdown of this kind can be. While you might not be able to fix the problem yourself, you likely want to know as soon as possible how serious it could be. The good news is that there are a few pointers that can give an indication of what might have left you stranded. If your car won’t start but lights work and the radio is blaring, then this article is for you.

Why My Car Won’t Start But Radio Works?

While it’s true that there are several potential reasons why your car won’t start but radio does, you should be able to narrow it down with the right information. Although, keep in mind that whatever the weak connection might be—and even if you get your car running today—there’s still wisdom in paying a visit to your trusty auto repair team so that they can get to the bottom of any underlying cause. For example, a battery can fail because it’s old, but this symptom may also indicate a faulty alternator that will doom a replacement battery to a similar fate.

One of the first big clues we encounter when a car won’t start but lights work is what happens when we try the ignition. If you turn the key or press the button, pay attention to whether you hear nothing at all, you hear a clicking sound, or you hear the engine trying to turn over but not ultimately kicking in. Did you listen? Alright, then read on as we tackle those three scenarios one at a time.

Trying to Start the Car, You Hear Nothing At All

When you go to start your car, you activate an ignition switch that in turn triggers the starter solenoid—sometimes also referred to as the starter motor—to push out a pinion gear that will get your engine moving. Once it’s up to speed, and if all the right ingredients are present, your car will be able to continue under its own momentum. However, when your car won’t start but radio works, if you turn the key and hear nothing at all, don’t fear that this is a worst-case scenario. Most likely, the culprit is one of the following:

A Depleted or Failing Battery

It’s easy to imagine that because the lights and radio work, your battery is fine. However, it takes a great deal more power to start the engine than it does to operate the lights and radio. If you have an altimeter to hand, you can test the battery to see if its voltage is too low. Anything below 12 volts is certainly a red flag for battery health. In this instance, jump-starting the car will work but you’ll still need to uncover how your battery got so low.

Of course, if the ignition switch doesn’t do its job, your car won’t get the chance to try to start. From time to time, the relays within an ignition system can fail. A pointer that your ignition switch is playing up is that when you try to activate a key-start ignition—so turn the key to the second position—the usual additional lights don’t pop up on your dashboard.

A Weak Link in Your Wiring

When a car won’t start but lights work, there may still be an electrical issue at fault. Your vehicle contains numerous separate electrical circuits and respective fuses for each. A fuse may have blown, terminals may have corroded, or connections and grounds been damaged. If you do discover that a fuse has blown, once again keep in mind that there must have been a root cause. As such, the best person to sniff out any pesky gremlins under your hood is your go-to auto repair team!

Many modern cars have complex immobilizers that are primarily designed to prevent vehicles from being stolen. They can, however, prevent a car from starting because of something as simple as a passenger failing to put on their seatbelt. Of course, if an immobilizer goes rogue, it may malfunction or simply fail to recognize the radio signal from your key’s transponder.

Trying to Start the Car, You Hear Only a Clicking Sound

If your car won’t start but radio does and when you try the ignition you hear a clicking sound, you can be confident that your ignition is working correctly. Why? Because that noise is coming from the starter solenoid. Crucially, the pinion gear is popping out, but isn’t getting enough power to get things moving. Once again, this could well be a depleted or failing battery—this time with a little more oomph but not enough to get the job done. Beyond that battery, there is another common offender:

A Starter Solenoid In Trouble

If the battery is holding a healthy charge and you’re still only getting a click, then the starter solenoid is the place to look. In this instance, a jump-start would also get you going—however, you’ll still need to visit your mechanic to avoid a repeat performance tomorrow.

Your solenoid could still not be getting enough power because its own terminals or connecting wires are aged or damaged. However, in rare instances, the starter solenoid itself may break. In addition to a clicking sound, other signs of a sad solenoid include intermittent issues when starting the car or even the starter continuing to run after the engine has fired up.

Trying to Start the Car, the Engine Turns But Nothing Else Happens

In our final scenario for why a car won’t start but lights work, it is once again important to be aware that a depleted or failing battery may be to blame. If you notice that the engine turns with the ignition but more slowly than it normally would, then that certainly suggests the battery could be responsible.

We will cover a few more common possibilities for this scenario, however, also note that there are further potential causes beyond the most likely, and ultimately, your mechanic will need to make an accurate diagnosis.

In order for the engine to utilize the momentum provided by the starter solenoid and power itself using fuel, either spark plugs or glow plugs are essential—with the first appearing in gasoline vehicles and the second appearing in diesel vehicles. These small and relatively inexpensive components do indeed get grimy or break from time to time.

Although it may be a little embarrassing in the moment, having run out of fuel is always the cheapest and easiest problem to resolve when a car won’t start but radio works! Owners of older vehicles can even fall victim to a fuel gauge that has become stuck. However, it is also possible that your fuel pump has given up the ghost. In this case, the fuel in your tank won’t be reaching the carburetor and you’ll certainly be stuck in the driveway.

As we mentioned, these are the most common explanations for why your car won’t start but radio does, although there are a few others still. Vitally, our expert team here at Paul’s Auto Repair is always ready to receive your call and help you get rolling again. In the majority of instances, when a valued client’s car won’t start we uncover a simple cause and speedy solution. Do you need some assistance getting back on the road? Reach out to our team today to schedule a prompt appointment.

Located on Tolland Street in East Hartford, Connecticut, Paul’s Auto Repair, LLC offers automotive repair services for both foreign and domestic Vehicles. We 100% guarantee our work and only use high-quality parts for each and every repair. Stop by our shop today or give us a call to schedule an appointment.